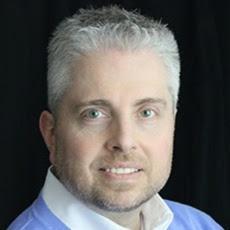 Mark Conn has been a pastor for over thirty-three years at churches in West Virginia, Michigan, and Missouri and has been a professor at several Bible colleges along the way. He currently teaches Old Testament with the Rawlings School of Divinity at Liberty University. Since 1985 he has been married to his college sweetheart, Mychere, and together they have two sons, Marshall and Marty, and a daughter-in-law, Andie. In his spare time, he enjoys reading, technology, researching esoteric topics, dreaming about restoring old cars, and his wife thinks he has become something of a coffee snob! He also pretends to enjoy playing in the garden but Mychere knows the truth.

Mark and Mychere are passionate about Jesus and seeing lives changed by the power of God’s Word. They were called to First in the fall of 2016 where they believe many people will experience the life-changing love and grace of Jesus.

Mark was raised in a pastor’s home but due to the strife he often witnessed in those churches he had determined that he was going to live a good life but stay away from God and the church once he was outside of his parents’ home. God had other plans. In January of 1992 Mark came to a clear understanding that he was desperately lost and separated from God by his sin, but that Jesus Christ had paid the penalty for each and every one of those sins. He trusted Christ as his Lord and Savior, and within a few weeks began to sense God’s calling on his life to be a pastor.

He’s been a pastor now for over thirty-three years, but will always remember how easy it was to pretend to be something that he knew he was not. That reality is one of the things that provides Mark with his passion for ministering to people who’ve been hurt by the church. His desire is to offer hope to people who’ve become unchurched or de-churched and find hope in Jesus.

I dream of First being a home for spiritually homeless people – a place where people can begin, renew, or intensify a deep relationship with Jesus Christ and with fellow believers, where people do life together in genuine community, and where people grow spiritually in an atmosphere where the grace of God is highly celebrated.

I dream of a church where real problems are solved and real needs are met as people are drawn closer to God, where people recover from hurts, habits, and hang-ups that prevent them from enjoying meaningful relationships with God and each other. I dream of a church where God’s Word is honored as our highest authority on earth and as the source of real and abundant life.